I’m Laura and I am the proud Director of Surrey Youth Theatre Godalming.

Having trained at the Guildford School of Acting (Musical Theatre BA Hons) I went onto work in the industry for many years. In 2009 I met my husband while playing Cinderella in pantomime (he was the Ugly Sister!) and shortly after, I decided to hang up my dancing shoes as we settled in Godalming. We are still here now, bringing up our two daughters.

It was a long standing ambition of mine to create a company where children could learn and develop skills in the performing arts without pressure, competition or criticism. Not because they want to go on to become professional performers (although those that do are wholly supported) but because they want to sing more, act more and dance more; make new friends; learn something new; feel proud of themselves but mostly feel excited all day to finish school and go to youth theatre just like I did many, many years ago when I attended a local drama group.

In 2012 Surrey Youth Theatre Godalming was born. When we started, I had just seven children attend the first class- who all stayed with us until they flew the nest to college. Today we have over one hundred children, many different classes and I am enormously proud of our growing family. Mitch has worked and performed with many industry favourites including Kate Winslet, Pauline Quirke, Linda Robson, Vicki Michelle and Rula Lenska and has worked extensively for major organisations including the BBC, ITV and Channel 4.

On May 25th 2015 he appeared on the live semi-final of Britain’s Got Talent where he and his dog Cally ‘The Wonder Dog’ broke the Guinness World Record for popping balloons – They are now the official world record holders popping 100 balloons in 41.67 seconds.

He has lead a West-End Sing-a-Long masterclass at The Royal Festival Hall alongside the cast
of Mama Mia, Jersey Boys and Priscilla Queen of the Desert for S.O.L.T.
Mitch was asked to direct The Reading Hexagon’s Pantomime ‘Cinderella’ with Rula Lenska as Fairy Godmother
after directing the sell-out production of ‘Jack and the Beanstalk’ at Dorking Halls for The Proper Pantomime Company.
He Directed and was the Vocal Coach for the musical ‘Return to the Forbidden Planet’ at the talent factory,
Kansas City and was also resident Musical Director for The Realistic Theatre Company of Edinburgh for five
years and also directed ‘The Railway Children’ for them. He was Assistant Director on ‘Billy Liar’ at
Southill Park Arts Centre.
More recently Mitch has been Vocal Coach to the  $1 million rock group ‘Purplemelon’ and to up and coming
artists Dane Norris, Middlehill, Contrabanned and Locust Resin.

Writing credits include: Mitch has written and arranged the music to four musicals…
‘Children of the Clearances’, ‘The Railway Children’, ‘The Drummer Boy’ and ‘Barrie’,
all of which premiered at the Edinburgh Fringe Festival. ‘Culture Vulture’ for The Realistic T.I.E company.
Theme and incidental music for ‘Frankenstein’ for Doug Rollins at the Greenwhich Theatre.
He has also written two comedy pilots for television with his writing partner Alex Raven,
‘Out of the Frying Pan’ and ‘The Ham Club’.

Theatre credits include: Nurse Nancy in ‘Robin Hood’ at The Connaught, Worthing, Caprice (Ugly) for QDOS
at The Hawth, Crawley, Widow Twankey in ‘Aladdin’ for Dick Ray at The Shaw, London.
Jamie in ‘Carnaby Street’ at the Arts Theatre, West End and Nomis Studios, Olympia.
The Soldier in ‘A Game of Soldiers’ with Kate Winslet at The Novello. Dream Man in ‘Mrs. Vershinin’ at
The Riverside, Hammersmith. Mr. Jarvis and Sparrow in ‘Stargazer’ for Polka Theatre, which toured
Wimbledon, Los Angeles, New York and San Francisco.
‘Spencer’ in ‘Boogie Nights’, on tour for QDOS. ‘Walter’ in ‘Ketchups Kitchen’ at The Wolsey, Ipswich.
‘The Zookeeper’ in ‘Please Don’t Feed the Animals’, for ‘Green Carpet’.
Other theatre includes: ‘Mr. A’s Amazing Maze Plays’, ‘Into the Woods’, ‘The Secret Garden’,
‘ The Meg and Mog Show’, ‘Annie’, ‘Oliver’.

TV credits include: Jim in ‘Birds of a Feather’ (BBC), Rod in ‘London’s Burning’ (ITV), David in
‘Bad Boys’ (BBC), plus ‘Crimewatch’ and ‘Newsnight’ for the BBC. He is also featured as the vocal coach in
the ‘Purplemelon’ documentary. 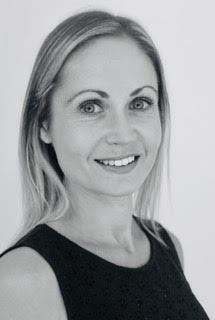 Angela began her training at Elmhurst Ballet School, which she attended full-time from the ages of ten to eighteen, before completing the three-year Acting & Musical Theatre Diploma at Mountview Academy of Theatre Arts.

Angela has been teaching dance and drama to for over fifteen years. Before joining Surrey Youth Theatre, Angela taught at Ayres Clarke Theatre School in North London, where she ran the drama department and introduced the LAMDA (London Academy of Music and Dramatic Arts) exam syllabus. She is an experienced LAMDA teacher, having supported over 100 children through the examination with an impressive success rate.

Angela’s acting and dancing credits include TV commercials for Sainsbury’s, Turner Classic Movies and Fox’s Biscuits.  Theatre credits include Celia in As You Like It and Alice in a touring production of Alice in Wonderland. She most recently performed as a dancer at the closing ceremony at The London Olympics.

Angela is passionate about teaching and loves engaging with children of all ages. She thrives on building the confidence of those she teaches and passing on to them some of her passion and experience. Simon has been a regular contributor to children’s programming since 1991 and is well known as a presenter.  Currently Simon contributes to either end of the cultural scale: writing ZINGZILLAS, SHOW-ME  SHOW-ME and MR BLOOM’S NURSERY for Cbeebies and presenting live Shopping Channel television for BID-UP TV. (Similar audience, different age-group!)

Born and bred in Cardiff, Wales, Simon graduated from The Royal Welsh College of Music and Drama before moving to London to perform stand-up comedy. Simon’s presenting skills started with PLAYSCHOOL and CORNERS for Children’s BBC.  During this time he developed an interest in writing scripts and songs for television. By 1990 Simon was a regular face on Children’s BBC; presenting for PLAYDAYS, hosting WATCH! for BBC Schools programmes and anchoring BSkyB’s weekly teen-magazine series COOL CUBE. In 1991 Simon was given his first series commission, co-devising and writing MELVIN AND MAUREEN’S MUSICOGRAMS for BBC Pre-School programmes and in 1994 devised and scripted the BAFTA nominated MONSTER CAFÉ. By the mid-90s (having devised 3 children of his own!) Simon relocated to Surrey.  He got involved with BBC and Channel 4 Schools Programmes, where he scripted and played the King of Diamonds for 3 series of MEGAMATHS, he wrote 3 series of MATHSMAN, he wrote an animated James-Bond spoof MATHS-CHALLENGE …and was a contributor to MATHS MANSION for Channel 4.  (In fact any programme beginning with the letter ‘M’).  Simon also scripted and presented children’s quiz-show SICK AS A PARROT (1994-96), wrote a music series for Channel 4 JACK AND THE BEANSTALK (1997) and scripted a history series for Fflicc Films TALES FROM WALES, (1998) focussing on characters and events

from Welsh history. In 2000 Simon was drafted-in to present and script TIKKABILLA for CBeebies. Since then Simon has become a regular contributor to the pre-school channel: writing for FIMBLES, BOOGIE BEEBIES, SONGCATCHER, STORYMAKERS and comedy scripts for NUZZLE + SCRATCH and GIGGLEBIZ.

Most recently Simon has played film roles in ‘David and Goliath’ for Hollywood director Tim Chey, plus ‘The Indian Bride’ and ‘Three Women and a Doctor’, feature films for German Terrestrial Television. He is most recently recognised as “Sir Jeff” in the Enterprise advert. He regularly presents MC’s live corporate events including Guinness World Record Events for the Blue Hat Group; runs presenter courses at Pinewood Studios and is currently developing a children’s animation idea for Disney. Simon lives in Godalming with his wife, Laura and their daughter, India. Alix graduated The Mountview Conservatoire in 1997, with a Diploma in Acting, having previously trained with the Desmond Jones School of Mime and Physical Theatre and the National Youth Theatre. She worked predominately as an actor with various Theatre in Education companies, touring to small/mid scale theatres and schools across the UK. Alix also took on a variety of roles in other small scale film and theatre projects.

Alix has directed over 26 shows and credits include: Little Shop of Horrors, Midsummer Night’s Dream, Our Day Out, Multiplex, Macbeth, Illyria, Jekyll and Hyde, Hairspray and Newsies.

Alix has also worked with many different community groups over the years, including regular workshops for adults with learning/physical difficulties and an extensive range of curriculum and non-curriculum based workshops for 6- 18 year olds.

Most recently, Alix directed, ‘Dick Whittington’ for Holybourne Theatre and took a small group of young actors (16-18) to The Egg, Bath in March as part of the National Theatre Connections Festival. Current projects in development include producing and directing an original professional show for 3-6 year olds, to be toured to Festivals and Theatres in 2019/20. Bethany trained in dance, drama and Musical Theatre as both a performer and teacher, and studied at Performance Preparation Academy, Kingston Teaching College, and Royal Holloway University of London. Her previous theatre credits include The West End Men in Concert (The Vaudeville) and singer for The Insurance Awards (The Royal Albert Hall).

Most recently Bethany has performed her own Disney Princess set at local events as well as performing with the City Academy Songbirds Choir (of which she is a member). Over the years, she has taken part in various cabarets and showcases around the country and further afield; in venues such as Her Majesty’s Theatre, Sadler’s Wells, and Disneyland Paris to name but a few.

Whilst in training her credits included: The Wild Party, Pippin, Les Miserablés, The Sound of Music and Fiddler on the Roof. Whilst she’s dabbled with a bit of performing here and there, her real passion lies in teaching and providing children with the right nurturing environment that allows them to flourish; developing their creativity, determination, teamwork skills and confidence.

Bethany recently left a full-time administration role at the Royal Academy of Dance to pursue a more creative avenue and now she teaches at various performing arts clubs and schools across the home counties. Bethany is thrilled to join the Surrey Youth Theatre team and can’t wait to get started!